6 Early Inventions in the History of CNC Machining

All CNC machines, regardless of their size or complexity, make use of the same few technical innovations – some more than one-hundred years old.

By tracing the history of these innovations we can follow the trends that led to the development of the first numerically controlled machines in the late 1940s and ultimately to the precise, high-speed multi-axis vowin.cn/en/News/news1251.html' target='_blank'>machining centers that we now use everyday for rapid prototyping and low-volume manufacturing.

These humble data-storage cards were derived from small, durable plates or rigid cards invented by Joseph Marie Jacquard in 1804 to control weaving looms. In their earliest form the holes determined where various hooks would or would not be activated to apply thread to a given portion of a textile pattern. Since these cards could be strung together on a chain of unlimited length, they allowed for subsequent patterns of unlimited complexity. 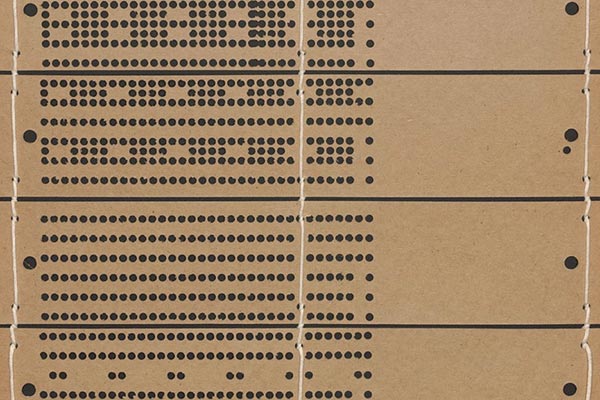 But these early cards only determined mechanical control. It took Herman Hollerith, an engineer at MIT, to begin experimenting with card reading methodology and the machines needed to read them. He developed his punch card system to record the 1890 US census and became one of the founders of the new science of data processing. He later started a business to sell his machines and card technology, which would go on to form part of IBM. This was the forerunner of modern computer data storage. 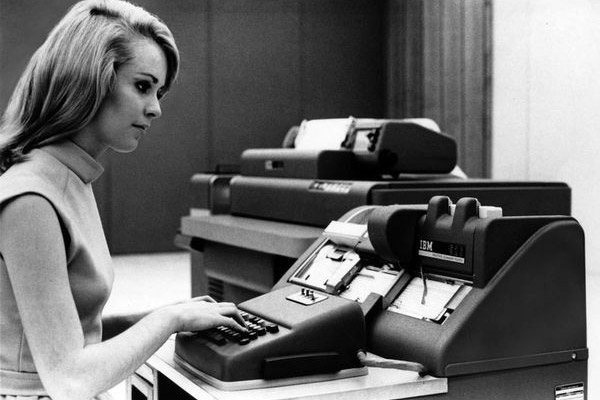 German inventors were well ahead of their American counterparts in developing the techniques for recording magnetic signals on a conductive medium. Although others had come up with the idea, Fritz Pfleumer patented a magnetic tape using an oxide bonded with a polymer. Again World War II encouraged all sides to improve this technology for recording, sending and storing classified data. 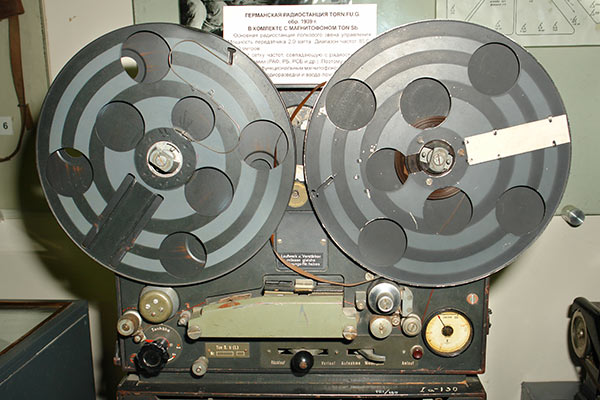 When the Allies finally invaded Germany in 1945, a US soldier, John Mullin, was given the task of seizing a valuable German Magnetophone, or recording device. After the war, Mullin shared the wonders of the Magnetophone with the singer and actor Bing Crosby, who invested in the technology to spearhead many of the advances used to record the sights and sounds of Hollywood’s Golden Age.

Now of course we have optical discs or flash memory, but the first commercially successful CNC machines relied on magnetic tape to move large amounts of digital information quickly enough to make the idea practicable.

Although not strictly necessary for making a CNC machine, the recirculating ball lead screw remains the most reliable and efficient way to convert rotating motion into linear travel. They were invented by Rudolph Boehm in Texas in 1929 and are a considerable improvement over the simpler, and frankly cheaper, Acme lead screws used on manual machine tools. 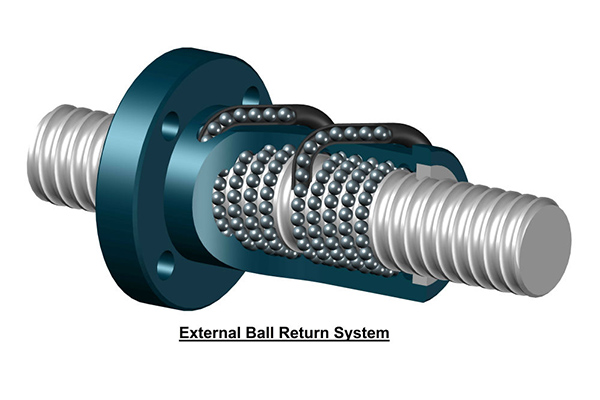 The genius of the ball screw is that it provides very low friction and high repeatable accuracy when mounted on a precision screwshaft. They’re also resistant to the torque effects of other systems. So as the shaft is turned by a motor or hand crank, the screw and anything mounted to it is pulled along its length very quickly. When protected by flexible dust covers they are also notoriously reliable and low-maintenance.

It’s impossible to give an exact date for the invention of the servo motor, since it was really the culmination of many previous advances in battery technology, electrical conductance and closed-loop feedback systems. Like so many other inventions their development was greatly spurred on by the demands of World War II, in this case used to guide radar and anti-aircraft gun placements. 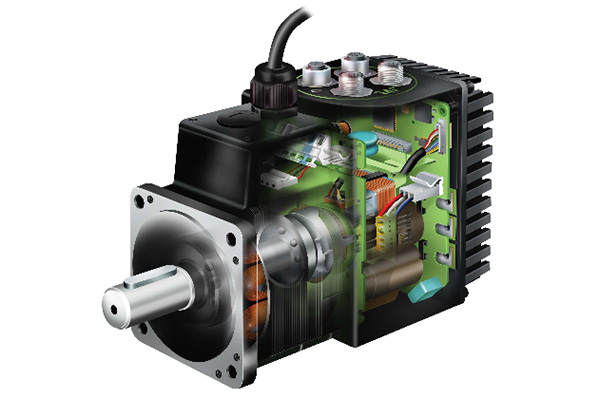 Servo motors work by converting rotational movement into linear distance. They use encoders that send electrical signals that give exact readings of their rotational position. When mated up with the screw shaft on a CNC machine, this means that if the servo motor turns a fraction of a degree, the ball screw will have moved along one axis an exact linear distance and the encoder will display this as a readout. This is an essential interface in translating digital information into physical motion. All CNC machines rely on such motors to control their positions on each axis.

APT was a computer program credited to Douglas T. Ross and his team at MIT. They needed to find a way to position early numerically controlled (NC) machine tools more quickly and efficiently, by combining them with the newly evolving abilities of computers. 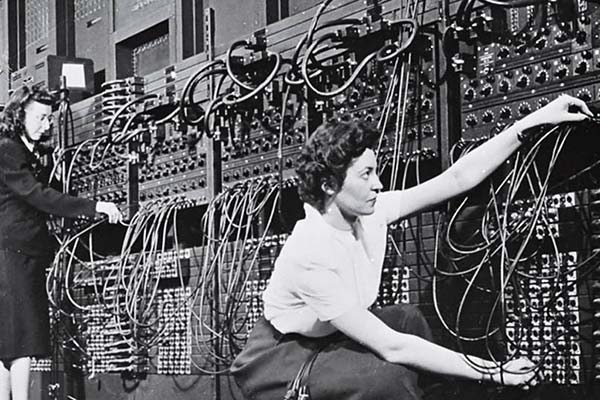 Previous versions of numerically controlled tools still made use of punch cards or perforated tape to input instructions one at a time, and these needed to be translated by skilled operators. But the aerospace and defense industries were anxious to find a way to produce sophisticated parts accurately and more quickly. The government sponsored a task force, along with 14 separate companies working together to create the first machine programming language. This became the forerunner to G-Code and the CAD/CAM systems we use today, and was the very first ANSI standard created.

John T. Parsons is credited with patenting the first true numerically controlled machine tool, in conjunction with MIT and others in the defense industry. He was trying to find a better way to reliably make rotor blades for helicopters and wings for aircraft, which until that time were made with complex templates that were prone to errors. He was the first to see the value in using a mathematical system of points to define the movements of a cutter head in space. 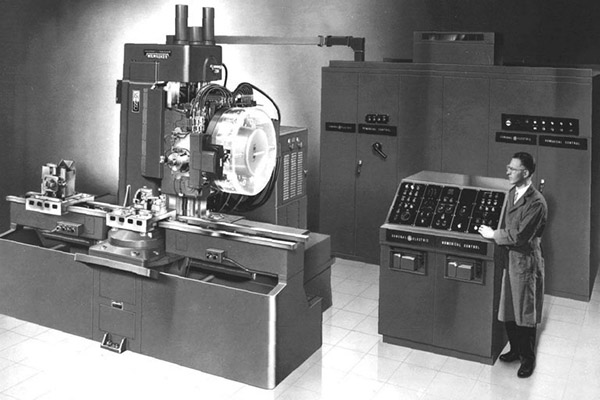 His innovation made use of the earlier developments of the punch card system, servo motors, ball screws and eventually magnetic tape and a fixed programming language. All of these have now come together to form the foundation for modern CNC milling and turning, 3D printing and other automated forms of manufacturing.

We make use of these tools everyday in our work and can’t imagine life without them. Of course we’ll always put the best technology to use when you contact us to get a free quote on your next great innovation.