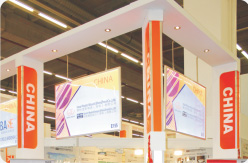 As far as SLA service is concerned, it is a resin-based 3D printing technology producing prototypes using 3D CAD data provided by you with visions and creativity in your mind. Not to mention SLA service that uses an ultraviolet laser to build 3D prototypes one layer at a time. However, what is more important to keep in mind is the high volume and particularly complex projects that may take a little longer. Experts that are offering you such services typically deliver SLA prototypes within certain days of receiving your 3D CAD data. This kind of rapid prototype is ideal for ABS, like white or clear material. In addition to this the SLA prototype can be sanded, glued, and painted, silk-screen, and surface texture very similar to that of production materials.

Selective Laser Sintering or most commonly called as SLS is a 3D printing process in which prototypes are built by fusing plastic based powdered material together using a high-powered precision laser. Such kind of prototypes manufactured by SLS technology that are considered to be more durable than stereo-lithography (SLA) for the reason of not breaking down or degrade over time. Users can accurately test and assess your prototypes for true functionality with this kind of rapid prototype. It is an ideal way for Nylon, Nylon+GF15 and similar other materials. Experts that are offering you such kind of prototype usually build the SLA master for vacuum casting. It is also ideal for some parts with complex internal structures. And SLS make some NYLON parts which is difficult to machine by CNC.